ESMO 2019: A long-term chance for patients with metastatic melanoma 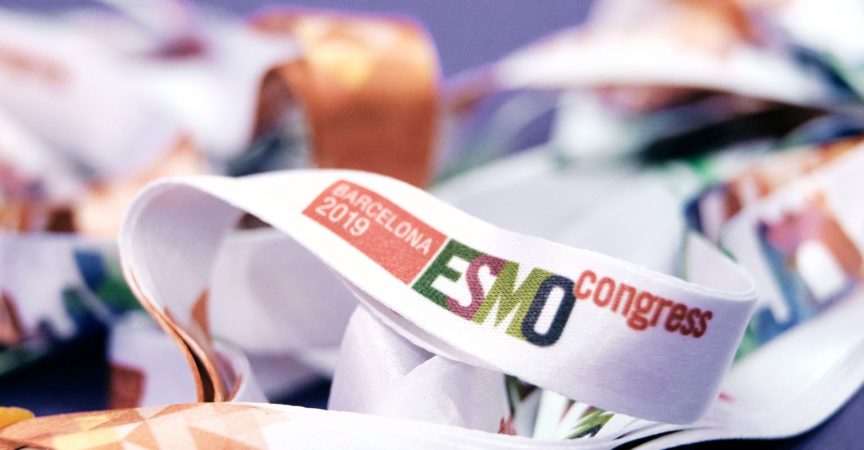 One in two patients with metastatic melanoma is alive with combination immunotherapy, according to late breaking results of the CheckMate 067 trial presented at the ESMO Congress 2019 in Barcelona, Spain.

«In the past, metastatic melanoma was regarded as untreatable,» said study author Prof James Larkin, Royal Marsden NHS Foundation Trust, London, UK. «Oncologists considered melanoma different to other cancers – it couldn’t be treated once it had spread. Traditional chemotherapy never really worked well. This treatment transforms the disease to one with an approximately 50% cure rate. «The priority now is to find ways to cure the remaining 50%.»

The five-year analysis of CheckMate 067 is the longest phase 3 follow-up for checkpoint inhibitor combination therapy. A total of 945 patients with previously untreated stage III or IV melanoma were randomly allocated in a 1:1:1 ratio to 1) nivolumab plus ipilimumab; 2) nivolumab plus placebo; or 3) ipilimumab plus placebo until progression or unacceptable toxicity. Each nivolumab arm was compared to ipilimumab monotherapy.

The five-year overall survival rates were 52% for nivolumab plus ipilimumab, 44% for nivolumab, and 26% for ipilimumab. «This is a major improvement on what we have seen historically,» said Larkin. «Ten years ago, the five-year survival for melanoma was around 5%. With ipilimumab monotherapy, which has been used for around ten years, around 20% of patients are long-term survivors and the remainder live for just six to nine months.» The median time from randomisation to subsequent therapy was eight months with ipilimumab monotherapy, 25.2 months with nivolumab monotherapy, and as yet unreached with combination immunotherapy. The proportion of patients alive and free from subsequent therapy was 45% with ipilimumab, 58% with nivolumab, and 74% with combination therapy.

Quality of life was preserved in both nivolumab arms. «We know that the two immunotherapy drugs together can have significant side effects and some patients even need to discontinue treatment,» said Larkin. «But for those patients who did stop treatment because of side-effects, it did not impair the success of the therapy. One of the key points about immunotherapies is that you can re-educate the immune system even with a short duration of treatment. This is in contrast to other treatments like chemotherapy which require a full course to be effective.»

Immunotherapy effective regardless of PD-L1 status and BRAF mutation

Larkin said there is currently no method to predict which patients are most likely to benefit from combination immunotherapy. «The decision on which treatments to give is a matter for doctors to discuss with individual patients and their families,» he said. «The two drugs together definitely have a role in treating metastatic melanoma and will be the choice for some patients. For others, the decision may be to give the drugs in sequence.»

Commenting on the results, Dr Teresa Amaral, Centre for Dermato-oncology, Eberhard Karls University Tuebingen, Germany, said: «With this long follow-up, we can now say with a degree of certainty that PD-1 based therapy is an option for patients with advanced melanoma regardless of PD-L1 status and BRAF mutation.» Amaral noted that the difference in overall survival rates between the nivolumab arms has steadily increased with each year of follow-up and is now 8%.

For the large subgroup of patients with a BRAF mutation the five-year overall survival rates are 30% with ipilimumab, 46% with nivolumab, and 60% with nivolumab plus ipilimumab. «When the BRAF mutation is present, clinicians need to decide whether individual patients are best served with immunotherapy or targeted therapy,» she said. «While this study was not powered to compare the nivolumab arms, the results suggest that if patients harboring a BRAF mutation are to receive immunotherapy, they might derive greater benefit with combination immunotherapy. Caution is needed when comparing the results to other trials, but the five-year overall survival rate with combined targeted therapy in the COMBI-d and COMBI-v trials was 34%.»2

Previous reports showed that PD-1 monotherapy was less toxic than combination immunotherapy. In the current report, quality of life appeared similar in both nivolumab arms and patients receiving the combination were free from subsequent therapy for longer. «These aspects need to be discussed with patients when deciding which type of immunotherapy they should receive,» she said. Regarding the next steps in this field, Amaral said: «Further research is needed to identify the patients who are resistant to immunotherapy and will not derive any benefit. This is important not only because of the toxicity related to the therapy but also for the most effective use of resources.»

Discussing the trial with medonline.ch, Prof. Reinhard Dummer, University Hospital Zurich, said: «We are pleased to see those results. Not only that this many patients are alive with the combination treatment after five years, but it is also impressive how many of them are not receiving treatment any longer at this time point. I would say that this is a sign for a functional cure». Our other discussant, Prof. Olivier Michielin, MD, PhD, stated that toxicity is still a place to improve. For the future he hopes that biomarkers will be available to safely select patients for ipilimumab/nivolumab. 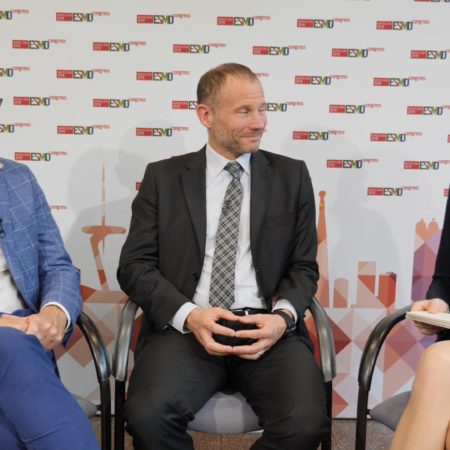