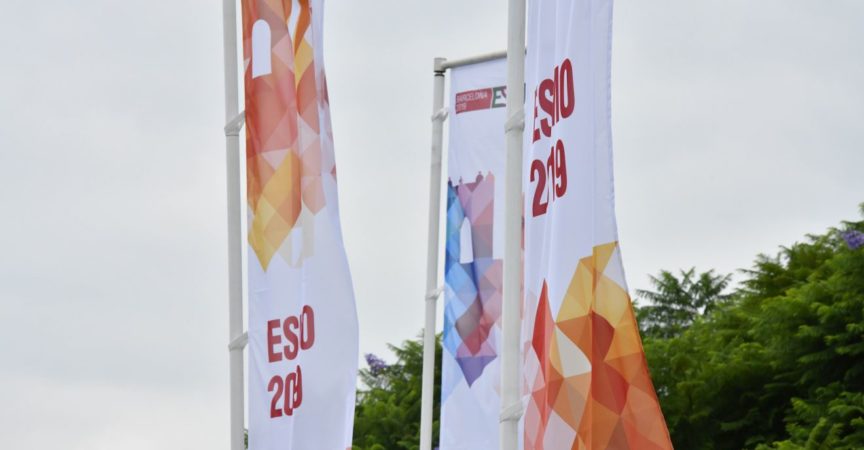 New data presented at the ESMO Congress 2019 show that a more intensive maintenance regimen for ovarian cancer with the PARP inhibitor olaparib added to bevacizumab prolongs survival in an all-comers population, with and without a BRCA mutation.

Ovarian cancer is the fifth most common cancer in women and the most lethal gynaecological tumour. The majority of patients is diagnosed in an advanced stage and despite responding well to first-line treatment, usually relapses less than two years after diagnosis. Longer progression free survival (PFS) after first-line therapy improves the probability of response to a new line of chemotherapy. The current standard of care for most patients with newly diagnosed advanced ovarian cancer is surgery and platinum-based chemotherapy combined with bevacizumab, followed by bevacizumab alone.

PAOLA-1/ENGOT-ov251 is the first phase III trial to examine the efficacy and safety of a PARP inhibitor with bevacizumab as first-line maintenance therapy in patients with ovarian cancer with and without a BRCA mutation. This international, academic-led trial enrolled 806 patients with stage III/IV ovarian cancer and partial or complete response to standard platinum-based chemotherapy and bevacizumab. After completing first-line chemotherapy, patients were randomly allocated 2:1 to olaparib or placebo, both on top of bevacizumab. They received olaparib for up to 24 months and bevacizumab for 15 months in total. The primary outcome was investigator-assessed PFS.

After a median follow-up of 24 months in the olaparib arm and 22.7 months in the placebo arm, median PFS was 22.1 months in the olaparib group and 16.6 months in the placebo group (HR 0.59; 95% CI 0.49–0.72; p<0.0001). «This study reports the greatest hazard ratio (0.59) and longest PFS we have ever seen,» said study author Prof Isabelle Ray-Coquard, Centre Leon Bérard, Université Claude Bernard, Lyon, and president of the GINECO group France. «Patient selection was not restricted by surgical outcome or BRCA mutation status, so participants represent the general population of women with advanced ovarian cancer. Previous studies of relapse have suggested benefits from combining anti-angiogenic agents and PARP inhibitors2,3 and today’s results appear to support this. In addition, olaparib did not increase side-effects compared to placebo.»

„Significant step forward in treatment for these women»

Commenting on the relevance of the data, Dr Ana Oaknin, Vall d’Hebron Institute of Oncology (VHIO), Barcelona, said: «The main goal in ovarian cancer is to avoid relapse after first-line therapy because otherwise the probability of cure is quite low. The combination of bevacizumab and olaparib as maintenance therapy should become a new standard of care for patients with advanced ovarian cancer. The PAOLA-1/ENGOT-ov25 trial did not include patients with no response to first-line chemotherapy, but this is a small group. This trial is a significant step forward in treatment for these women.»

Two other trials of PARP inhibitors: PRIMA and VELIA/GOG-3005

Other positive trials of PARP inhibitors in advanced ovarian cancer are presented at the ESMO Congress 2019. In the PRIMA trial, niraparib administered after completion of first-line chemotherapy significantly improved PFS.4 In the VELIA/GOG-3005 trial, veliparib integrated with first-line chemotherapy then continued as maintenance treatment significantly PFS regardless of response to first-line treatment.5 Oaknin said these three trials and the SOLO-1 trial6, all integrating PARP inhibitors in first-line treatment, are a milestone for patients. «After decades of studying different chemotherapy approaches, it is the first time we have meaningfully prolonged PFS and hopefully we will improve long-term outcome,» she said.
Oaknin noted there were important differences between the two trials and PAOLA-1/ENGOT-ov25. For example, patients in PRIMA did not receive bevacizumab, were not stratified according to BRCA status, and were treated for almost three years. The VELIA trial tested veliparib concurrent with standard chemotherapy and then as maintenance therapy. «Therefore, comparisons between clinical trials should be made with caution due to their intrinsic differences,» she said.

Regarding the next priority for research in this field, Oaknin said: «The five-year overall survival for ovarian cancer is around 45% and we need strategies to improve that figure. I think the next approach is to incorporate immunotherapy as part of first-line therapy. Ongoing trials are expected to report in two to three years.»