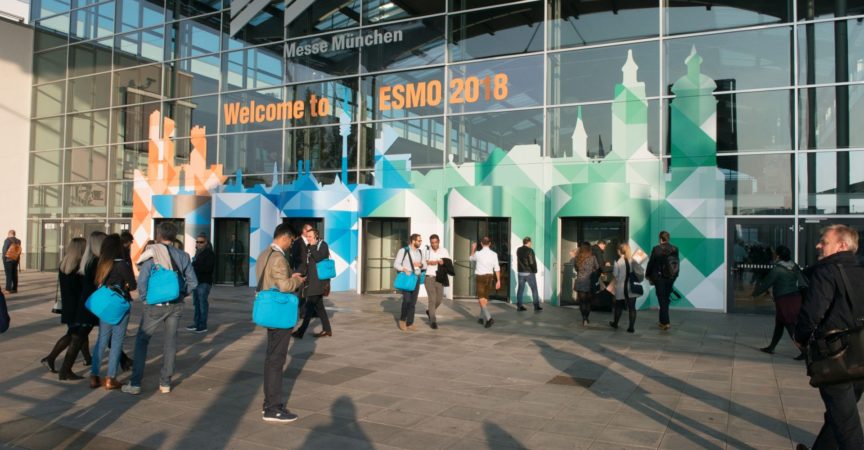 Pembrolizumab not only is more tolerable compared to standard chemotherapy, but also extends overall survival (OS) in advanced Head and Neck cancer with a PD-L1 expression rate of ≥1% – in spite of low response rates, and unchanged progression-free survival (PFS).

The phase-III-study KEYNOTE-048 shows significantly improved OS with pembrolizuman compared to standard chemotherapy (5-fluorouracil / cisplatin or carboplatin / cetuximab) in PD-L1 positive (Combined Positive Score, CPS, ≥20) metastatic head and neck cancer (14.9 vs. 10.7 months, HR 0.61; p=0.0007). This analysis is based on data of 300 patients treated with standard therapy, and 301 patients treated with pembrolizumab. The median follow-up was 11.7 and 10.7 months.

A response to therapy was seen in 23.3 vs. 36.1 per cent of patients in the pembrolizumab and standard arm, respectively. The median duration of response was 20.0 vs. 4.5 months. There was no difference in progression free survival (HR 0.99).

Burtness noted that compared to standard care, pembrolizumab alone had a lower response rate and numerically shorter progression-free survival, but significantly longer overall survival. She said: »Pembrolizumab appears to prolong life even when the cancer continues to grow, suggesting that it should be a first line therapy in recurrent and metastatic head and neck cancer. Whether pembrolizumab is given alone or with chemotherapy may depend on PD-L1 expression and we are conducting analyses to answer this question.”

Commenting on the findings for ESMO, Dr Tanguy Seiwert, Head and Neck Cancer Programme Director, and Assistant Professor of Medicine at the University of Chicago Medicine, Chicago, US, said: »This is the first study to show superior overall survival over the decade-old standard of care, platinum-based chemotherapy and cetuximab, and establishes PD-L1 CPS as a valid marker for head and neck cancer that should be routinely measured in these patients.”

But he added: »The challenge is that treatment benefit is not equally distributed but depends on a biomarker. Hence, PDL1 CPS expression will likely inform our choice between the two new options – pembrolizumab alone, with a favourable side effect profile, and pembrolizumab combined with chemotherapy, which may be used in a larger group of patients. Higher PD-L1 expression is associated with more benefit but the exact cut points have to be determined, and individual  patient characteristics will play an important role as well. Separate analyses are needed in patients who have tumours with low or absent PD-L1 expression, where there is potentially less benefit.”

Regarding the need for further research, Seiwert said: »The usefulness of other biomarkers to select patients for treatment, such as tumour mutational burden, should also be examined.”